PsychoDynamics and Relationality - How Therapy Works 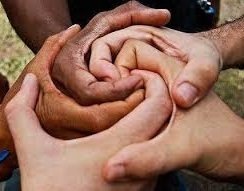 RELATIONALITY - the 'live wire' in Therapy

Most people's lives are made of relationships. Even those amongst us who prefer and choose to be alone most of the time, are always 'in relationship' - either with themselves, or with those who may have represented MEANINGFUL ATTACHMENTS to them in the past. In the animal kingdom Human Beings have the longest PROTRACTED process of development towards INDEPENDENCE. We need our care-givers (usually, but not always, Mother and Father) for much longer (as a percentage of our lifespan) than all other animals: there are so many things we need to LEARN from them (and from other figures along the way), to be able, not just to survive (in the natural world), but to OPERATE in the context of CIVILISATION, that our process of 'INDIVIDUATION' is the most COMPLEX of all species.

The PSYCHES of others leave MARKS on ours. The popular stereotype of Psychotherapy 'delving into the PAST' comes from this realisation. It is not uncommon for people to think (and say) that they do 'not want to talk about parents or childhood', that 'there is no problem there', that they 'had a normal childhood in a normal family', and that their parents 'did nothing wrong'. The FEAR of BLAMING one's parents is inscribed in the HUMAN PSYCHE - the tension between ACKNOWLEDGING possible grievances and the GUILT incurred as a consequence may feel like a TABOO. A client in therapy always has the choice of not talking about whatever they do not want to talk about. The idea of the therapist as somebody who will force us to talk about certain things is in itself a SADISTIC PHANTASY of an INTRUSIVE overpowering FIGURE who believes they 'know best'...

The reality in the consulting room is very different: UNCONSCIOUSLY we bring to bear upon our relationship with our therapist the ASSUMPTIONS developed in our relationships with our primary (early) caregivers ('Transference') - PATTERNS (of RELATING) are handed down in this way (as well as culturally) by the 'NURTURE' of FORMATIVE experiences and relationships. The less aware we are of these, the more we tend to CARRY them with us, and simply REPEAT them (with most people we meet). Added to the 'NATURE' factor (PERSONALITY styles and preferences), these are POTENT FACTORS in the difficulties we often experience in life. And need to be addressed in therapy (if GROWTH is to be given a chance)

Any therapy that views the PSYCHE as imminently COMPLEX will strive to create 'space' for such COMPLEXITY to UNFOLD and BE THOUGHT ABOUT.

Caught between INSTINCTIVE needs and desires on the one hand, and the limitations necessitated by relationships and civilisation/society on the other, the human PSYCHE is always in a state of DYNAMIC TENSION/conflict/AMBIVALENCE - between 'parts' of ourselves, pushing and pulling in different directions as they face the diplomatic dilemmas inherent in the Human Condition.

Freud (and all controversies surrounding him and his work for over 100 years now) remains the greatest theorist and scholar of the COMPLEX PSYCHE (although many more have developed and elaborated the field of Psycho-Therapies - in both theory and practice/technique - with unflinching dedication and genius. Their contributions and learning inform contemporary practice in equally powerful measures).

In this 'internal fight', UNACCEPTABLE/UNBEARABLE thoughts, feelings, and wishes, get REPRESSED into the UNCONSCIOUS where they remain 'hidden', but OPERABLE nonetheless. Despite the restraints/constraints (disappointments and hurts) of the 'Reality Principle' and the 'Facts of Life' (Time, Space, and DIFFERENCES), under the pressures of the 'Pleasure Principle', they are still searching for 'compromise' (indirect, displaced, amalgamated, etc.) SATISFACTION and EXPRESSION. This PRECARIOUS BALANCE means that human beings are never too far away from the 'pathological', and often SWINGING backwards and forwards closer or into it. This makes for not only our potential for the most shocking behaviours and crimes, but also for our most CREATIVE CAPABILITIES!